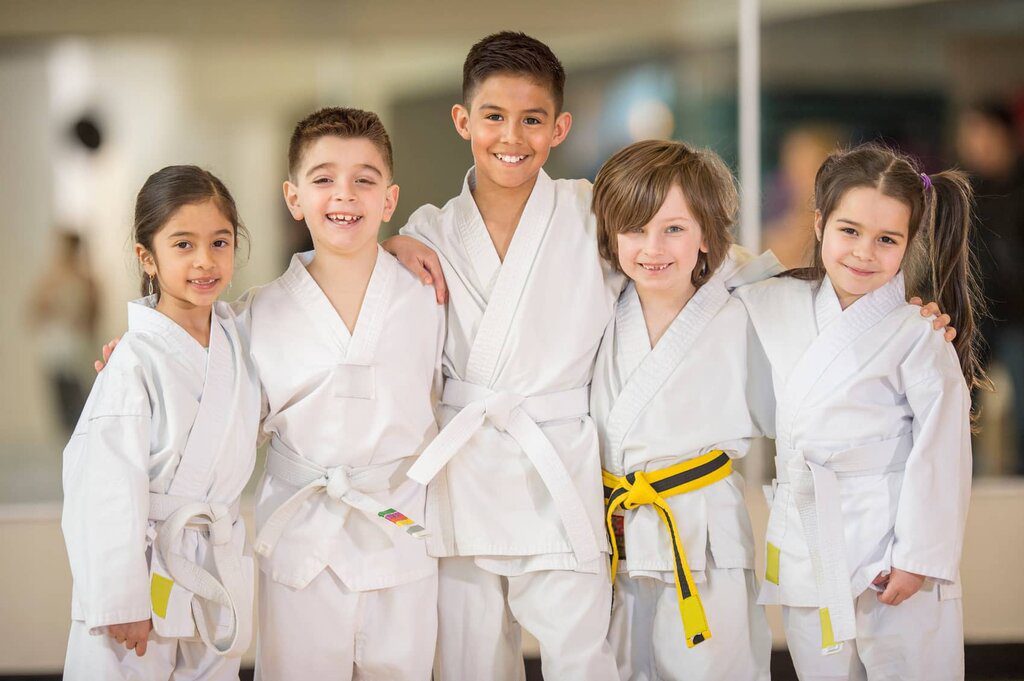 Preschool martial arts classes may seem like an early start… But they’re one of the best ways to overcome temper tantrums- AND get your child ahead of the game when they enter school! Read on for some amazing ways that our preschool classes help create a tantrum-free household.

Kids are going to act emotionally because a) they haven’t developed advanced logical reasoning yet and b) in their minds, their actions don’t have consequences- everything is NOW. This is perfectly okay – it’s what makes them kids! We can’t fault them for having a temper tantrum because their brain just isn’t logical yet. What we CAN do is show them how to regulate their emotions, listen, and focus. And these skills apply to so much more than just tantrums!

What is a Temper Tantrum?

A temper tantrum works like this: Something upsets your child. They feel a very strong negative emotion- most often, frustration. They deal with this frustration the best way they know how, like through crying, whining, screaming, or even aggressive behavior like hitting or throwing. Every child has been through this, and every parent knows what this is like, so you’re not alone! Plenty of parents enroll their children in our preschool classes because they’ve heard about how martial arts can help kids transform and stop throwing tantrums.

Getting Your Child Ready for School

In a temper tantrum your child is acting based on pure emotions. They’re fueled by thoughts of how unfair something is, and their frustration just keeps building. What we do is teach them how to focus on the adult, listen to instructions, and then refocus on something different from the source of their tantrum. These behavior skills can help make life more peaceful, and even give your child a leg up in school!

This is why martial arts for preschool kids is so freaking cool. We consistently see a HUGE difference in kids who start classes at the preschool level, and those that start just one year later. Kids who start martial arts classes at ages 3 and 4 get the emotional and behavioral skills “out of the way” much younger than their older counterparts. Then, as they progress through the ranks, they learn more in their upper level classes because they’ve already gotten their emotions regulated. They’ve already learned how to control their behavior, and the advanced material will stick better because they’re focusing better. Then, when they enter school, they have an incredible advantage because, well… everything we just said! It all applies to school as well. That’s why martial arts is way more than just what you see in the movies. It’s a tool we use to shape our students to become the absolute best versions of themselves, and it shows.

Focusing and Refocusing in Class

Okay, so here’s how preschool martial arts classes can help: Step one is listening. We make listening FUN in our classes. How? Our world-class instructors are so good, these kids are learning discipline, focus, and listening skills without even knowing it through fun and games. They’re basically life skill ninjas. Martial arts classes at the preschool level are less about the self defense moves (which they’ll learn as they progress) and more about the foundation of behavioral skills. This includes self control, which is the second step. Self control is about being able to sit still, pay attention, and listen up. We teach self control the same way- through fun games and activities and positive reinforcement.

That’s totally key with tantrums- positive reinforcement. Preschool kids often throw temper tantrums because they don’t feel like they’re being listened to. They want attention from you. Once they learn through positive reinforcement that listening to you is a good thing, they’ll be less inclined to throw a fit for your attention. Reinforcing and praising our students when they listen is really important. Everybody gets busy, we know that… But we encourage parents to sit in and watch their kids in class so they can learn the techniques and strategies we use. Then when you practice it at home you can really watch your child transform!