Quitting is for Losers: How Small Acts of Quitting Lead to Lifelong Failure 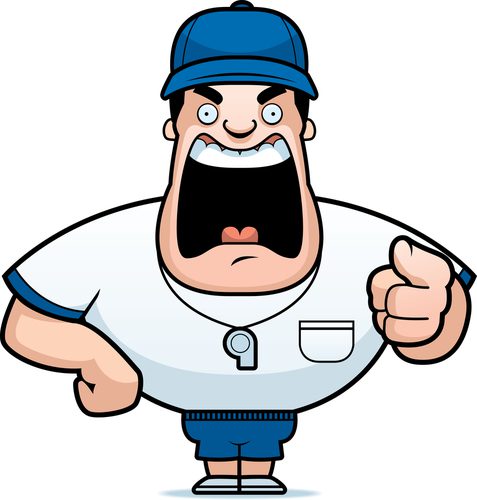 It’s easy to laugh it off and imagine this as being just another motivational tool in a trainer’s repertoire, but that would be a lie.

…THAT COACH IS RIGHT.

Whether it is baseball, basketball, gymnastics, or cheer…quitters DON’T win…ever.

If you stop to think about this message…the wisdom it’s really trying to impart…it’s a self-fulfilling prophecy. It is a statement of fact.

The answer lies deep within the psychology of the human condition.

The human brain thrives on accomplishment, and it revels in the external recognition received from others because of accomplishment. It’s both an internal high and an external validation when we achieve something…especially something big!

You see, the human psyche is geared to acknowledge the “big” accomplishments in life because, by and large, we are binary, black-and-white beings. We focus mostly on the major highs and major lows, so we try extremely hard to seek out the major “highs.”

HOWEVER, THERE’S ANOTHER, DARKER COMPONENT TO THE HUMAN CONDITION, AND IT IS ONE THAT DESERVES THE SPOTLIGHT, HERE:

As my Martial Arts Grandmaster says…

We “Know” that we have to work hard to achieve, but that’s just an intellectual exercise. It’s the “DOING” that’s hard, because we have to force ourselves to put our minds, our conscious decisiveness, over our baser instincts, and that’s a tremendous challenge for anyone.

So now we come to asking “How?” HOW do we fight this urge to be lazy? To give up? To quit when the going gets tough?

THERE’S AN OLD PROVERB ABOUT THE YOUNG MARTIAL ARTS STUDENT WHO COMES TO HIS MASTER AND ASKS:

THIS IS THE GREATEST SECRET TO PERSONAL SUCCESS AND VICTORY EVER TOLD.

If “Winners Never Quit,” and we want to be a “winner,” then the only possible direction to go is forward. We MUST move forward, because if we don’t, we’ve fulfilled the prophecy…we’re not winners. We’re losers. We quit. We lost. Game over.

IF THERE’S ANY EMOTION MORE POWERFUL THAN THE GRATIFICATION WE ENJOY BY ACCOMPLISHING SOMETHING MEANINGFUL, IT’S THE REGRET WE FEEL AFTER GIVING UP.

Ask yourself how many times you have heard someone express happiness about giving up on something meaningful.

Ask yourself how many times you have heard someone say they were “grateful” their parents didn’t make them continue doing (insert activity/sport/extra-curricular) as a child.

On the other side, I’ve lost count of the hundreds of times I’ve spoken to kids, teens, and adults who said they were thankful someone pushed them, made them accountable, and required perseverance from them to achieve a goal, complete a major task, or accomplish something meaningful.

IN CLOSING, REMEMBER THIS: