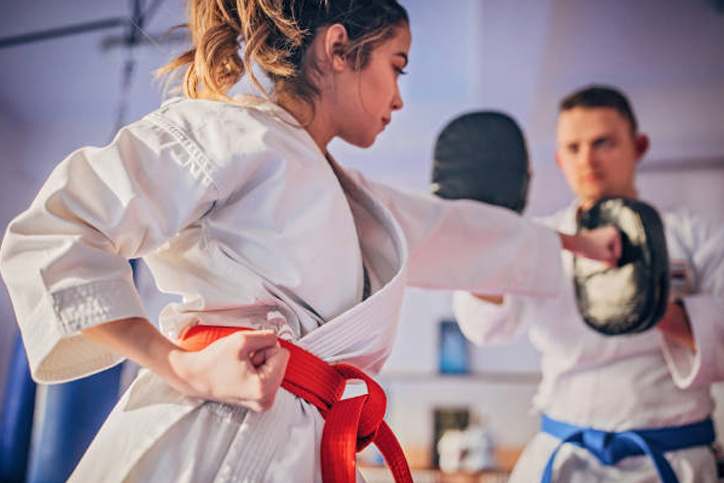 Why do some kids bully their classmates?

Bullying is a HUGE Problem in our society! But why do kids bully? Do they bully other kids because they’re just “bad,” or is it because of something else?

Believe it or not, bullies have a lot in common with their victims! What does this mean?

Common Characteristics of Kids Who Get Bullied:

A quick glance at the list above shows one common thread:

Kids who get bullied lack self-esteem!

Bullying is a complex issue. However, there is hope!

I want to tell you a story…

Once, a mother came to me distraught because she’d had a phone call from her son’s school. Her son had bullied another kid on the playground, and her child was suspended from school for 2 days as a result. This mother didn’t understand why her son had pushed this other kid around, and she thought some “old school” Martial Arts training might “whip him into shape.” In other words, she needed help.

After I talked to her about some of the core tenets of Martial Arts – things like respect, courtesy, dignity, and self-control, she signed her son up for classes.

At first, I’ll admit, we had some challenges with him in class. He was stubborn, and quick to give in to petulant behavior. I also noticed that he spent a lot of time looking into the gallery to see how his Mom was responding to his performance. It was a real struggle to get him to focus on the class, and when he did focus? He spent much of his time second-guessing himself, and trying to hide from the teacher’s watchful gaze during group activities.

Bullies don’t change overnight, after all, and it took a while for him to learn.

But eventually he started to relax…to realize that he had power he didn’t understand: the power of positive thinking! Class after class, we saw him becoming a bit less shy, a bit less unfocussed, and a bit less likely to care what others (including Mom!) thought of his performance in class. In other words, he started to gain some confidence.

After a few of months of regular classes, Mom came to see me again. She was in tears! She’d been called by her son’s school again about a bullying incident!!! But this time? It wasn’t because her son had been shoving another kid around, or even because he had been shoved around… …it was because he had stepped in to intervene on behalf of another kid who was being bullied in the hallway. Mom’s tears? They were tears of joy.

Her former “bad kid” was standing up for weaker, less confident kids. He’d become a Non-Bully. An Anti-Bully. A Leader.

You see…Martial Arts didn’t “whip her kid into shape,” like she thought it would. Instead, it showed him that he had intrinsic value, that he was capable of being better than he was, and it taught him effective measures for dealing with enemies from without and from within. In short…he’d developed confidence, self-esteem, and self-respect.

When kids learn to respect themselves and others, they no longer feel the need to bully, because the very thing that drives bullying behavior in the first place is eliminated.

Oh, and one more thing? Remember…confidence and self-esteem are the solution to bullies and the VICTIMS of bullies.

If your child has an issue with bullying, maybe Martial Arts can help!